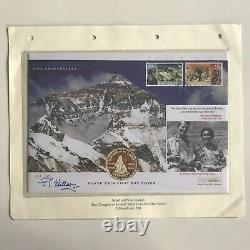 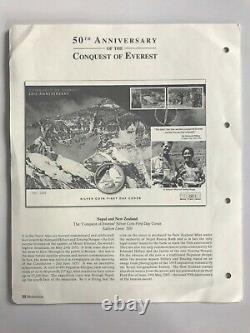 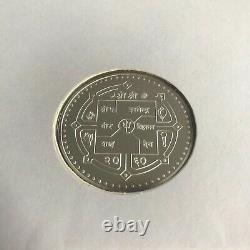 The stamps are postmarked on their First Day of Issue. 29th May 2003 - the 50th anniversary of the first ascent. Limited Edition #436 of #500. The item "50th Anniversary First Ascent of Mount Everest FDC signed by Sir Edmund Hillary" is in sale since Monday, August 5, 2019. This item is in the category "Collectables\Autographs\Uncertified Originals\Historical".