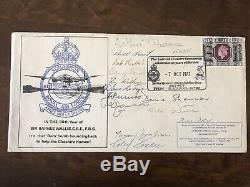 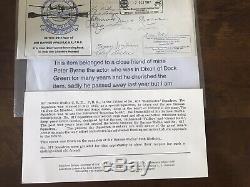 Les Munro pilot whose aircraft was severely damaged by Flak on the outward journey to the Dams. Flew more the 50 Ops with Munro and 617 Squadron. Bob Kellow - Wireless Operator AJ-N Les Knights crew who breached the Eder Dam. Shot down in the attack on the Dortmund Ems Canal and evaded to Spain.

2 further signatures are unknown. I would welcome anyone who can identify these to message me.