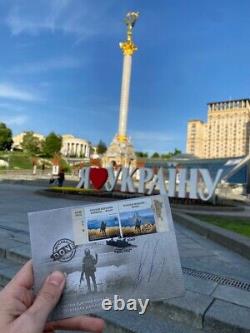 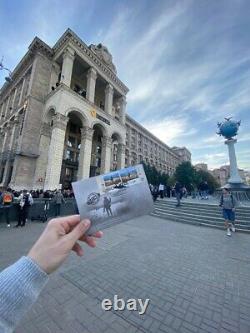 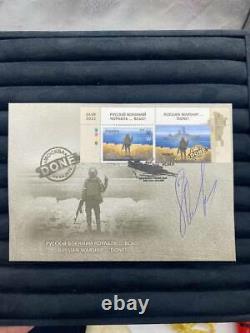 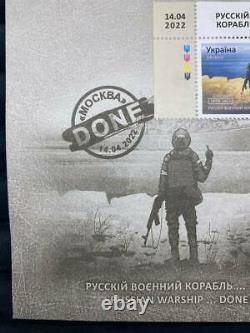 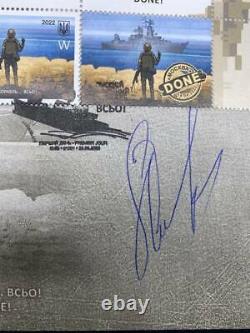 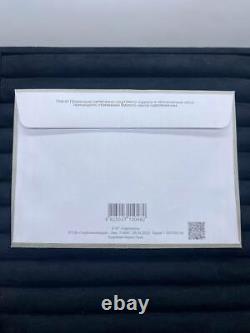 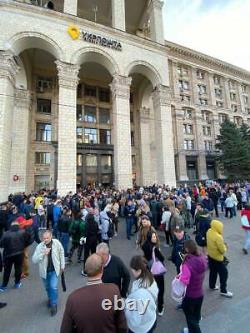 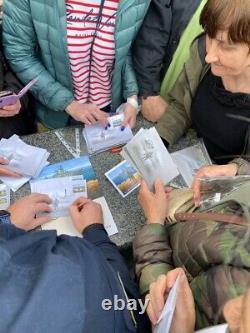 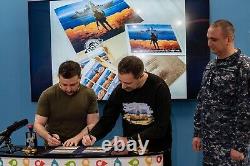 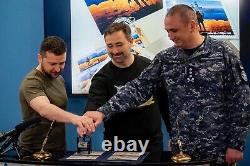 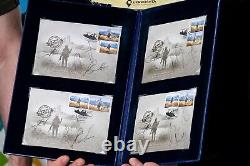 This FDC cover was signed on May 23 by the CEO of Ukrposhta Igor Smelyansky. This FDC cover was stamped in the main post office in Ukraine, in the heart of our country, Kyiv. From Maidan Nezalezhnosti, on Khreshchatyk, the Main Street of Kyiv.

While sound of air attack siren is on. FDC cover with 2 stamps Russian warship DONE!

Face value of the stamp. On 24 February 2022, the Russian flagship Moskva, and patrol boat Vasily Bykov, began an assault on Snake Island, a Ukrainian island located in the Black Sea. It is a small island with a single village populated by fewer than 30 people, that had a contingent of 13 border guards stationed on the island at the time of the attack. The Moskva called on the soldiers to surrender in return for their safety, which was firmly declined by the defenders. Russian warship: Snake Island, I, Russian warship, repeat the offer: put down your arms and surrender, or you will be bombed.

This item is in the category "Stamps\Europe\Ukraine". The seller is "amber4youua" and is located in this country: UA. This item can be shipped worldwide.